I am not an expert at building container images, but I do have some experiences. These ‘experiences’ have led me to build containers in a certain way. There are many practices and approaches I use to make the final container easy to use and robust. There are also different types of container that I aim to build. One type of container I need is one that hosts python (flask) based RESTful services and possibly a static web application. I have created a template to produce one of these and I will describe how I use it to create a new container here.

Whenever I need a new container I actually build not just the container itself but an entire pipeline from initial creation of the python application, the release process including unit testing, building the container, testing the container and publishing the image to docker hub. I have an initial template of everything required to do this which offers a hello world service. 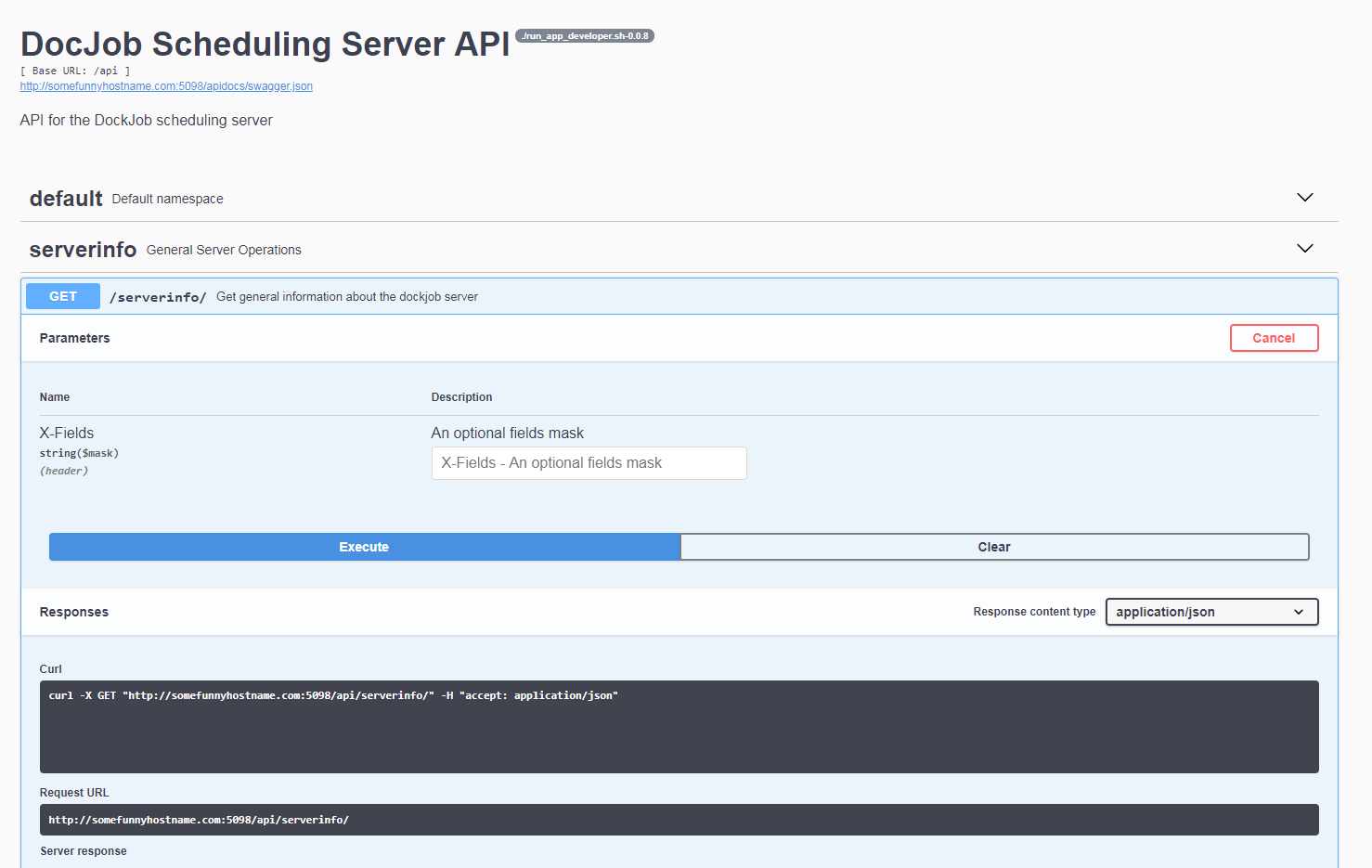 Steps to using this template to create a new container

Note steps are explained in the code formatting and commentary around them in normal text.

This is going to give a container with a hello world application. More precisely an application that will respond to a RESTful service call with a JSON string – you can make this say hello world if you want but in this case I just return the container version. The release process for the container is documented in RELEASE.md. In the rest of this article I will go through the template in the order required to understand each step in RELEASE.md. By the end if should be possible to understand my method of building the python application and use it to build your own containers.

Python applications need a little bit of boiler plate code in order to work nicely inside containers. For one thing when you issue a stop command on a container the SIGKILL (or SIGTERM) signal is sent to the container. Python apps by default ignore this and continue running. This results in the application not terminating and instead docker killing the container after a timeout. I have some standard code which handles this.

I won’t go into the full details of the python application (I will leave that to another post) instead I will just go through the important information that relates to the docker container:
- Source for App is in /src
- Tests are in /test
- I have created a library which contains a App class which contains reusable code required to deal with sigint. The app is based on an app class which inherits from this one. The entry point to the python application is app.py which creates an instance of the AppObj class and calls it's run method.
- The App takes no parameters – all parameters are supplied as environment variables. This allows applications to be configured with minimal changes to docker run scripts.

The application uses Flask and Flask rest plus which are standard python libraries.
Flask is used for the Restful API’s. The application can be hosted behind a reverse proxy so it needs to know the external url. This is because if sometimes gives out http redirect messages and it must redirect the browser to an external url. The environment variables “APIAPP_APIURL”, “APIAPP_APIDOCSURL”, “APIAPP_FRONTENDURL” and “APIAPP_PORT” are used for this.

Flask rest plus allows us to define models for the rest API’s, generates swagger files and hosts swagger api’s for us. The API’s are hosted at “APIAPP_APIURL” and the swagger ui interface is hosted at “APIDOCSURL”.

/src/serverInfoAPI.py contains the initial API's. In the template it's just a hello world API but it is designed to be extended. Multiple API's can be registered. The parent class hides away the registration and each api can be registered in the appObj::initOnce function.

This application uses a python test framework called nose. There is a linux helper script called continuous_test.sh which will run the tests every time a file change is detected.

This is a little helper script I use whilst coding – the script won’t terminate you have to use ctrl + c to get out of it. Leave it running and change any file in the ./src directory. You should notice the tests are re-run. Tests are in the ./test directory, and so you can do TDD on this application by leaving this running and editing the files.

This script shouldn’t need to be run sudo unless changes you make to the python app requires this. (I have chosen a port above 1024 to run the server on otherwise it would need to be run as supervisor.)

Running the python app as a developer - run_app_developer.sh

As well as running the tests for the app we need a way to run the app itself as a developer and run_app_developer.sh is the script for doing that. A script is required because the app is designed to read environment variables and this script will take care of that for you.
You do need to set two environment variables on your development machine to run it, EXTURL and EXTPORT. These are the url and port you will enter into a browser to get to your development machine. I recommend using 8098 as the port. For some reason in my setup (possibly because I am using virtual box) using localhost as the url didn’t work. I ended up altering the hosts file on my development machine to point a random domain (somefunnyhostname.com) at 127.0.0.1 and this solved the problem.

After completing the above steps you have been able to run the application in developer mode and test it out. Along with the previous script to run the unit tests you are now able to develop the python application and add features you require for your particular project.

You should have noticed that when we ran the developer version we got a warning: "WARNING: Do not use the development server in a production environment.". This is because we are using the flask built in http server. The container will use nginx instead and it connects to python using uwsgi. This is more robust.

This is the first difference between when running the application in developer mode and inside a container. The file run_app_docker.sh implements these differences and sets up the environment differently. Firstly it sets APIAPP_MODE to DOCKER so the application can set itself up to run differently inside the container if required. The python application will not accept any command line parameters and instead reads it's config from environment variables. This is useful because we can add new config options to the application without changing the image - we just need to set the new environment when starting the container. run_app_docker.sh also looks for any variables starting with APIAPP_ and ending with FILE. It then reads the content of the file into an environment variable called APIAPP_*. This allows us to read data from docker config and docker secrets. One use case is for storing passwords securely.

run_app_docker.sh is the primary process in the container so it also has to forward the sigterm signal to the python application.

Unlike run_app_developer.sh, run_app_docker.sh does not set most of the environment variables. This is because they are set by the docker itself.

When the image is built default values for the environment variables are set. These can be overridden when running the container. The container also has a health check command set. This will send a get request to the server and make sure it responds. Docker uses this to monitor the state of the container.

The script dockerBuildAndTag.sh will build the image for you. You must setup two variables to make it work:

dockerBuildAndTag.sh handles incrementing the version of the image. It will tag the image it creates and will also add a tag to git and push it. This is used later by the Docker Hub auto build.

Replace dockerusername/imagename with the values you are using. If you used a port other than 8098 you will have to alter the -p parameter.
Note: The run command feeds the URL and PORT as environment variables. These are picked up by the application. We can add any other parameters the APP required in the same way.

Now you have built the application and embedded it into a versioned container.

Unit tests are great but I have managed to release broken versions of my container despite them all passing. For this reason I have implemented container level tests. These tests rely on the container being started then they call the containers services. I have leveraged nose and python to run these tests although I could have used any tool that can call services.
The files required are located in ./testContainer. First we are going to build another container image whose sole purpose is to test the image we just created. I normally give this image a name that matches the previous image name but has ‘test’ added to the end.

You should confirm that the image has successfully been built.

I chose to run container tests in another container to minimize complications with dependencies. It allowed me to skip lots of messing about with virtual env and it is more likely to work on other developers machines. Both containers can be connected to the same docker network to allow them to communicate.
Applications inside docker containers can talk to each other using the other container name as the host name. This way we can link up the two containers.

There are a few things to get right in this step, it’s a good idea to get it working and figure out what is going on as it demonstrates a few useful docker features.

All the complex parts are behind us, now it is relatively simple to configure Docker hub to automatically build the container. Assuming you are hosting it in a publicly accessible github location.

My process to activate the build is documented in RELEASE.md, but basically I go to the build settings page, increment the Name and docker tag names to the version I just committed, press Save changes, then press Trigger. I then go to the Build Details page and watch the build complete.

Once you have gone through this walk through I recommend inspecting RELEASE.md and change the commands so they correctly reflect the process used to release the application.

Using this method it is reasonably quick for me to set up new python based REST API projects. Hopefully when I share this post I will gain some feedback in improving the process. I have some ideas for next steps to develop this further:

I would love to hear feedback - feel free to dm me on twitter.